Keuka Studios » About Us – how our family company came about

The year was 2002. Dan White, president and founder of Keuka Studios, Inc., had been working as a design engineer at Xerox in Rochester, NY. Over his 20-year career, Dan had learned the art of designing complex precision machinery. He also developed a competency with the latest design tools and manufacturing techniques. Dan became recognized for his grasp of shape and form as they apply to the aesthetics of copier design. This is known as industrial design, or I.D., an uncanny skill in the world of pocket protectors and belt-worn calculators. It was this I.D. discipline that ignited a fire in him in a way that gears and motors could not.

An employee meeting was about to change the course of his future. On that day, he and his fellow co-workers received notice that Xerox would be closing the entire division. Everyone would be losing their jobs. Most of the employees headed for the unemployment line. Dan instead decided this might be the time to pursue a life-long dream of building a business. His devoted wife, Jeanne, stood behind him on this idea even though she knew it would be a great compromise in their lifestyle.

Since design and manufacturing were Dan’s expertise, they had to be a big part of the business plan. Dan had a notebook choked with product ideas. Many ideas were consumer products which would need a large initial investment. These ideas would be difficult to manufacture in the United States. He wanted to build a company that created unique, custom, high-quality products made by American craftsmen here in the USA. “We will provide products and services that are well designed at quality level that are hard to come by. I feel there is a large market for those who appreciate this level of work,” Dan said.

Dan always loved architecture and having had built two houses of his own he decided his company would cater to this passion. Located in upstate NY, his company would use the local strong-skilled labor pool available in the area. Workers in the tech industry were seeing their jobs dwindling due to overseas competition and outsourcing. 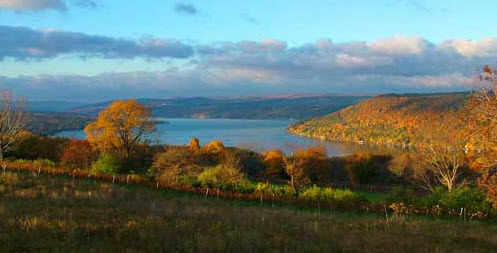 And so it was born… “Keuka Studios, Fine Architectural Metal Work.” The name “Keuka” comes from the family’s heritage on the beautiful Keuka Lake in the Finger Lakes region of upstate NY. The word “Studios” was chosen to let clients know that we are craftsman and artists in our own right. We added the description  “Fine Architectural Metal Work” to indicate to clients that we are custom metal fabricators. We create only the “finest” quality of work. Each project, no matter the size, is a unique work of art.

In 2006, Dan hired his son, Jason. Jason had gone to school for art and design which would prove to be useful in a creative business. Jason was living in Florida at the time and had gained much experience from managing several small local shops. This turned out to be just what Keuka Studios needed. While Dan would get distracted designing the next project, Jason realized the company needed focus- focus on customer service, on meeting deadlines, and improving the product and customer experience. Together, with their great employees, Dan and Jason make a great team and continue to grow in a weak economy.

Increasing demand for Keuka Studios products forced the company to expand. In 2010, the company had outgrown its humble space, an old creamery in Honeoye Falls, NY, and expanded into a larger industrial building that better suited their needs. “We found a move-in ready facility where we could put down our coffee cups and get right to work,” Jason said. With little interruption to Keuka Studios workflow, the company relocated to Rush, NY.

Today, Keuka Studios operates out of its 10,000-square-foot facility in Rush, NY. The company continues to grow and succeed due to its devotion to its clients. They exceed their expectations of product quality every day. “We challenge ourselves to think outside the box and do something that no one else has thought of,” said Jason. 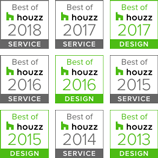